We welcome gifts of all levels in support of St. Michael’s Concerts.
Donor names will be printed in each of the concert programs. 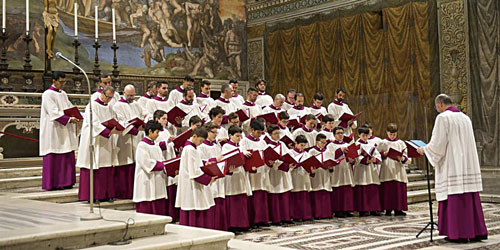 This September, the Sistine Chapel Choir will make a historic trip to North America. Commonly referred to as the “Pope’s Choir,” this highly-accomplished group of 30 boys and 22 men sing for the Holy Father’s liturgies. The Sistine Chapel Choir is considered the most prominent and oldest choir in the world, dating back to the 7th Century.

The annual Founder’s Day Concert honours the memory of Monsignor John Edward Ronan, who founded St. Michael’s Choir School in 1937. In this sesquicentennial anniversary of Confederation, the 280 choristers of SMCS present a special program of Canadian sacred music from the mid-19th century to the present. 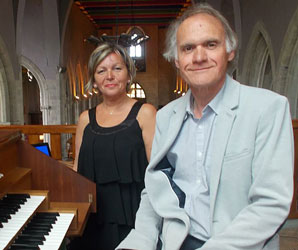 Franck Besingrand has performed throughout Europe and is distinguished as a composer and author, most recently with a biography of French organist & composer Louis Vierne.
Marie-Noëlle Cros performs throughout Europe in oratorio, opera and contemporary music. Her discography includes works by Vivaldi, Handel, Dvorak and Honneger.

Casavant Opus 3907, 56 stops/76 ranks gets a workout at the hands and feet of the five organists of St. Michael’s Cathedral Basilica. Each will perform one of the world’s favourite organ showpieces, along with a quieter selection, demonstrating the huge range of expression of Toronto’s newest pipe organ.

Lessons and Carols is a service of Christian worship celebrating the coming birth of Jesus at Christmas. It tells the story of the fall of humanity, the promise of the Messiah, and the birth of Jesus in short readings of scripture and in sacred song. St. Michael’s Choir School will provide the hymns and choir music. This event will also mark the closing of the 175th Anniversary of the Archdiocese of Toronto.